Print
Login or Register to access this feature within mySherryFitz

Login or Register to access this feature within mySherryFitz Let us find you the best mortgage

Assolas House is a historic Irish country house set in the heart of County Cork. Built in the 17th & 18th Century, the house is grand and imposing yet enormously comfortable and truly private. With gorgeous proportions, beautiful aspect, generous spaces and marvellous craftsmanship, the house has been exquisitely maintained by the current owners.

Set on some 6.89 ha (17.03 acres) of lands including lawn, paddocks, a walled garden and woodland, Assolas House is a divine residence bursting with potential. The property is complimented with outbuildings such as a coach house, stone clad storage and an old stable block. All elements of this ravishing property create an unforgettable setting.

Built at the turn of the 17th century and extended circa 1720, Assolas House is a stately like grand country house. It’s three storey design gives a bright and airy ground floor in which a stunning entrance hall introduces you to the drawing room and dining room. This ornately decorated and classically symmetrical entrance hall leads on to an inner hallway, with a gracious curving staircase featuring a quintessentially Queen Ann arched window.

A front dining room to the right has dual aspect, looking out on the lawns and River Marybrook, while to the other side of the hall, the drawing room has a matching set of five tall sash windows and exudes elegance, comfortably accommodating large parties.
To the rear of the entrance halls is the kitchen which holds an Aga, creating a very cosy family space. Beyond this is a study and extensive family room looking out on the gardens. The lower ground level offers huge opportunities for imaginative recreation is waiting for you to put your own stamp on it.

Presently, the first floor includes six bedrooms; three grand bedrooms in the Queen Ann section of the house and three family bedrooms to the rear wing of the house. The six bedrooms are all exceptionally generous, with ensuites. With views of the gorgeous grounds, rolling fields, the River Marybrook, these are light-filled spaces, with gracious high ceilings and good proportions. A utility room and laundry room are also found on this floor.

The second floor provides ample storage space along with a lounge and balcony which is archetypal of this style of house. This floor has the potential to be utilized as a hidden sanctuary for relaxation within the household.

Assolas House sits in a rural location 5km from the town of Kanturk, in the historic parish of Castlemagner. Kanturk is a market town in Co Cork, known as the capital of the ancient barony of Duhallow. A deep sense of history and tradition has shaped Kanturk, and it is reflected in the town’s cultural and physical atmosphere. It’s hinterland straddles the Sliabh Luachra region to the west, and the region to the east around the Munster Blackwater. The magnificent Kanturk Castle nearby is one of the largest structures built by a native Irish chieftain and the town’s name, derived from Ceann Turic (Boar’s Head), reflects the legend that the last wild boar in Ireland was slain here.

With its remarkable combination of mountain views, lush rolling hills, forest and river valleys, Kanturk offers nature lovers a plentiful feast as well as countless amenities for those keen on outdoor activities, be it sporting or recreational. It also has all day-to-day amenities: supermarkets including Lidl and Supervalu, a Post Office, pharmacies, public houses, restaurants, cafés as well as national, primary and secondary schools.

A 15 minutes’ drive will take you to Mallow. This lively market town is home to a plethora of amenities along with notable points of interest such as Mallow Castle, Cork Racecourse, and Bridgetown Priory. The train station at Mallow is on the main line between Dublin and Cork, while the N20 and N72 national routes link with the motorway network at the M8 junction, just thirty minutes’ drive away. Assolas House is an oasis of tranquil quiet, and an ideal base in this thriving part of Ireland.

Assolas House is the oldest known and perhaps the most historic residence in Duhallow. There is evidence that this sylvan place was originally settled in the 11th century, with Irish Yews near the house which have been dated to over 1,000 years old. It was the focal point in the Battle of Knocknanuss in November 1647

The original house is today the centre of the present residence. The shape of the windows, the exterior of rough stone and mortar, the great thickness of the walls, and the wood-panelled first floor rooms, are all in keeping with it’s historic origins. Interesting features include the beautifully rounded frontage and the uniquely deep cantilever roof with windows just below.
Reverend Francis Gore took up residence in Assolas House in 1600’s. Reverend Gore seems to have been a man of means and influence. He was also a minister and a Protestant Rector of Castlemagner parish for 34 years. His name is found on the old Ballyhass school as well as the bridge in Kanturk.

Circa 1720 Assolas passed to Mr Phillip Oliver, J.P. for County Cork. It was at about this time that the original tower house was redeveloped into the landscaped manor that is there today. Subsequent notable transfers were as follows: Henry Wrixon, Sir William Beecher Bart (1794), William Beecher D.L. (1830), Henry Smith Iron Founder, Cork (1880), Colonel O’Hare (1900), Hon Alexis Roche (1904) and finally the Bourke Family (1915).

Sir William Beecher notably was the first master of the Duhallow Foxhounds. The Duhallow pack existed before 1745, but there is no recorded history. The kennels were based at Assolas House for several years. Sir William had taken on his wife’s maiden name, Beecher, she from the same family for which the infamous obstacle on the Grand National Steeplechase course at Aintree, England, Becher’s Brook, is named.

Honourable Alexis Roche, the last Beecher tenant before the present owners, died 18th December 1914 and is buried in a small grave in Castlemagner cemetery. He was a great uncle of the deceased Princess of Wales, Lady Diana Spencer.

A curving driveway sweeps through luscious paddocks to reach the front of Assolas House. This adds a welcoming privacy, and that perfect peace and quiet which is one of the wonderful bonuses of living in the countryside. The imposing front aspect the house looks out on a manicured lawn’s, which extends into the front paddock meeting the road.

The 6.89 ha (17.03 acres) of grounds are laid out in lawns, paddocks, a walled garden, and an orchard. The walled gardens flank the north-eastern aspect of the house and compliment the abundance of mature trees and native shrubbery which line the west bank of the Marybrook. An enchanting, pebbled walkway along the waterside leads to a waterfall (with potential for hydro power), and an old stone bridge over the river which includes a private cast iron garden gate, giving access to the road.

Decorative cast iron gates open into an old stable yard, where there is potential accommodation for horses. The stables are roomy and are plenty with potential to meet all equestrian needs.

TENURE & POSSESSION | The property is offered for sale freehold with vacant possession being given at the closing of sale.

Up to 90% mortgage available.

Request a callback for mortgage options.

Kanturk is a town in the north west of County Cork. It is about 50 kilometres (31 miles) from Cork, Blarney and Limerick, and lies just north off the main N72 road, 15 km (9 miles) from Mallow and about 40 km (25 miles) from Killarney.

It is a small market town, which after many years with a static population has commenced to grow again. Apart from its creamery which produced casein from milk, a raw material for early plastics, its former knitwear facility now produces concrete flooring products. 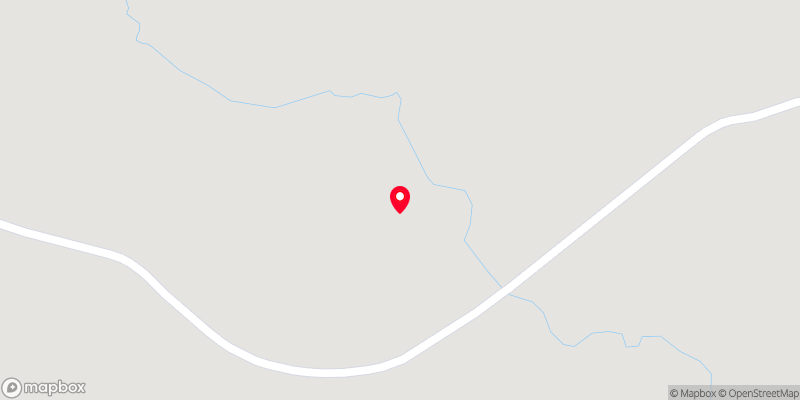 *Exceptions above 3.5 times income are potentially an option subject to availability and lending criteria

Warning: You may have to pay charges if you pay off a fixed-rate loan early.

Warning: Your home is at risk if you do not keep up payments on a mortgage or any other loan secured on it.

Warning: If you do not keep up your repayments you may lose your home.

If you are a first time buyer who has paid income tax or Dirt Tax in Ireland in the past 4 years you can apply to claim back up to 5% of the purchase price of this new home with the Help to Buy Scheme How to apply and details of revenue eligibility requirements.

10% of the purchase price that must be paid on signing of contracts (less any booking deposit already paid).

Buying property is a complicated process. With over 40 years’ experience working with buyers all over Ireland, we’ve researched and developed a selection of useful guides and resources to provide you with the insight you need..

From getting mortgage-ready to preparing and submitting your full application, our Mortgages division have the insight and expertise you need to help secure you the best possible outcome.